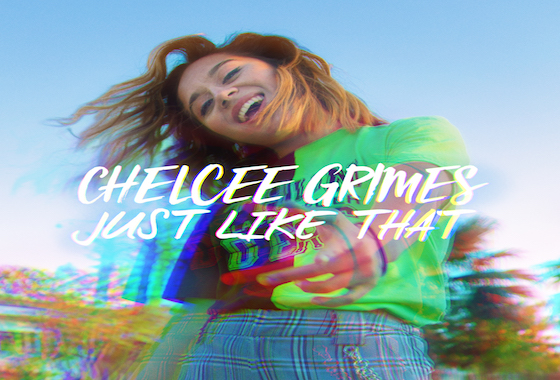 Chelcee Grimes has  released her debut new single ‘Just Like That’ via RCA UK/Sony. Co-written by Chelcee along with Tim Suby, the video was shot in Joshua Tree, California, and sees Chelcee causing chaos in a trailer park with some randy pensioners! She said: “The lyrics are quite sexual and thought it would be a unique take to get them to be the ones acting out instead of me!! It’s such a fun, tongue-in-cheek video and is the perfect way for people to hear the song for the first time.”

Citing P!nk, Bruno Mars, Avril Lavigne, Katy Perry and Lady Gaga as her influences, 25 year old Chelcee has her sights set high. Having already written tracks for the likes of Kylie Minogue, Dua Lipa, Olly Murs, The Saturdays and Louisa Johnson, Chelcee now wants to change the current pop trend. She said: “There aren’t many straight up pop stars playing instruments at the moment, so I wanted to break the mould. If you watch Gaga, she’ll play piano and then do a dance break – that’s so fucking cool.”

Check out the video for the brand new single here.