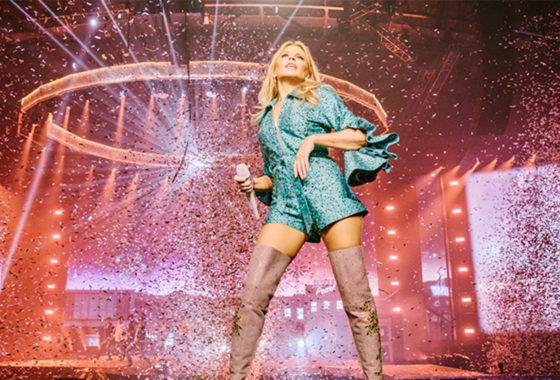 Everyone at 365ARTISTS is super thrilled to see the release of the Kylie Minogue stunning GOLDEN tour on DVD! Th release of Golden: Live in Concert will be on on December 6. The 2CD and DVD album features the full live performance of her recent Golden tour as well as an extra bonus feature called We Are Golden.  Kylie’s Golden tour took in 14 arena shows across the UK and Ireland in 2018, plus a further 19 shows across Europe and Australia. Its music director was our very own Steve Anderson We’ve put in our pre-order already! Check it out here.